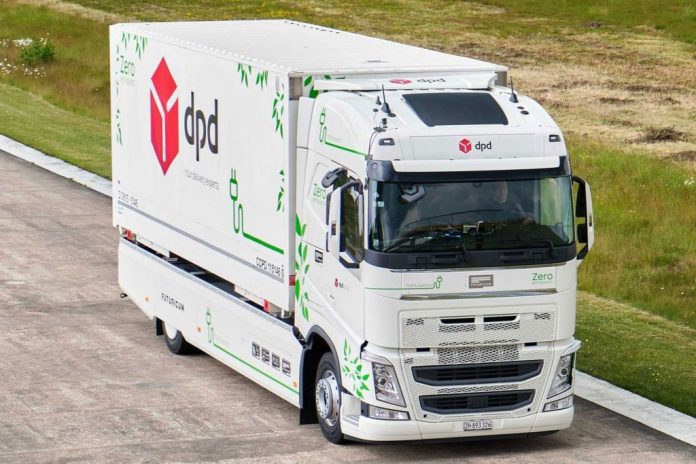 Guinness World Records to registers. According to reports insideevs the Electric truck traveled a minimum of 1099 km, or 682.88 miles around a closed test track that lasted 23 hours, with two drives behind the wheel in 4.5-hours shifts. The average speed of the Electric truck at this time of recording was 50 Kilometers per hour.

Does it really make sense to use long distance electric truck? Of course, the answer is to charge them with batteries and about this particular truck, it should be said that it uses lithium-ion cell with a capacity of 680 kWh, Which are actually made Biamo (the package capacity can be used is 578kWh).

The company that built the truck is based in Switzerland, called futuricum, and specializes in making all-electric trucks based on the truck chassis, as well as Volvo charges and battery packs. The official Futuricum website states that the maximum possible range for the company’s truck is 760km (472 miles); But the Futuricum Logistic 18E record-breaking electric truck went far beyond that estimate.

6th National IT Incubation center to be set up in Faisalabad:...

Shakarparian Film Mela celebrating art to be held on Jan 15