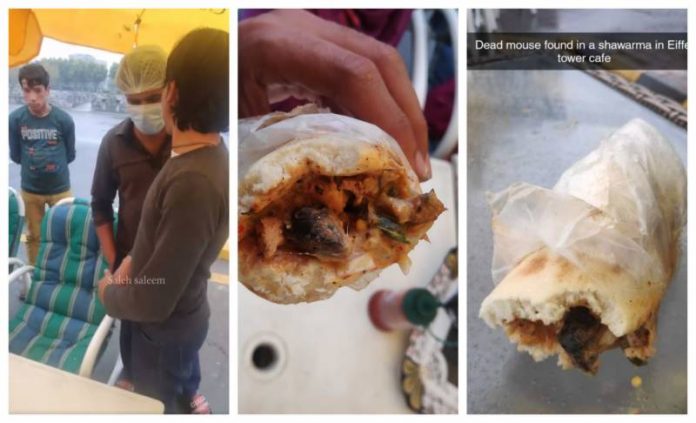 A family in Lahore were taken by surprise as they were served a Dead Rat’s meat inside a shawarma sandwich, the footage of the Bizarre incident has since then gone viral on social media.

Saleh Saleem Posted on Facebook that his 10 year old niece was about to consume the Middle Eastern Dish at a Local Eatery but looked on in Horror after finding the meat of the rodent inside.

These people are playing with the lives of people and also have the audacity to argue about it, Saleh said in his post which has been shared over 3,000 times.

In the viral video, Saleh’s mother can be Heard taunting the waiters. “Do you consider us Humans? Are you Muslims or not? who is the manager or owner of this,” the bewildered women said upon finding the rodent.