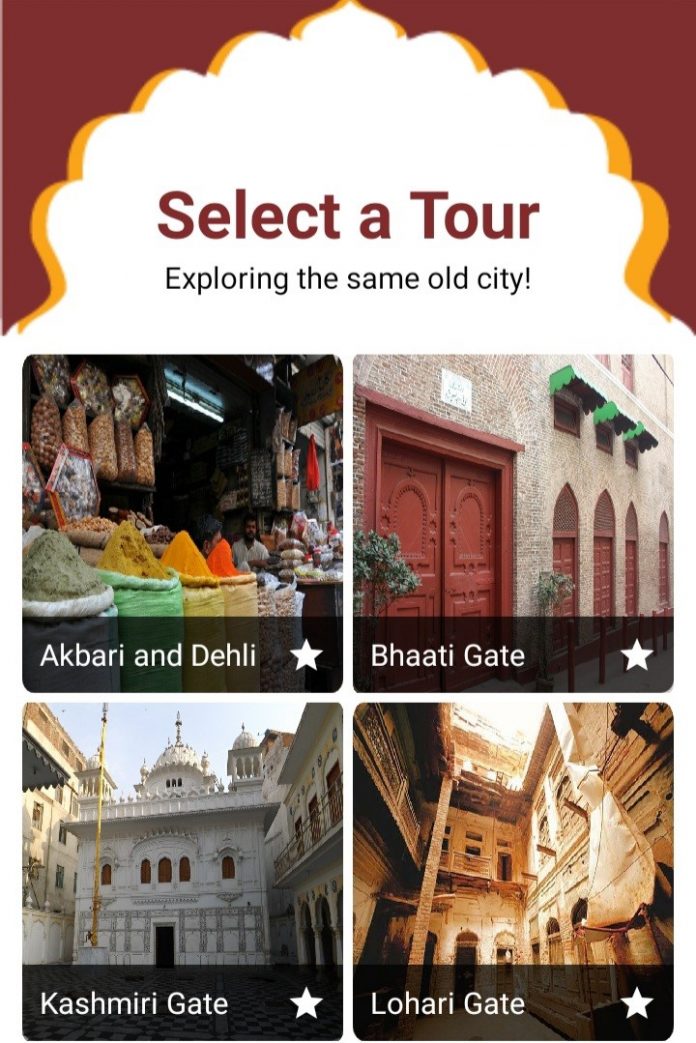 LUMS Students Launches an App providing Guided tour of Lahore’s walled city. Students from Lahore University of Management sciences (LUMS) developed a Unique application called “Lahori Khoji” that provides guided tours of the city of Lahore’s by Dr. Ali Usman Qasmi who is a professor and well known historian at the University.

The students of LUMS developed this App as part of their assignment for a course on the history of Lahore designed by Ali the professor. Azan Bin Zahid and Taimoor Ali who are senior year students at the Computer Science department at LUMS developed the technical aspects of the App under professor Suleman Shahid’s Supervision.

In total 32 students were divided into groups of 5, and each was assigned a particular gate. They were tasked with conceiving a walking trail for the gate, which required extensive research about the gate, its various neighbourhods, historical sites, and the residents current lived experiences.

The student read up on such classical text about the history of Lahore as the works of Syed Muhammad Latif, Kanahya Lal, and Chishti to do their research and collect relevant information.

They made several trips to the walled city, talked to the residents, explored the neighborhoods on their own, identified key sites, pinned them on google maps, and wrote historical notes about them.

In their quest to find relevant information about the sites, the students were guided by Syed Faizan Abbas Naqvi.

According to Dr. Ali, the Application in-depth research and analysis before it came into the development phase. He further started the following:

“The Students not only read the classical texts but also made several trips to the walled city.”

He further added a disclaimer that the app was developed by undergraduate students who aren’t well versed with history. Moreover, the professor stated that if there is any misinformation or technical or factual error users can convey it so the developers can oversee it.

The App which was released on April 18th, 2021 can be downloaded from the google Play Store by clicking here.

Ansar Ali’s from serving plates at LUMS to Holding Degree at...

Currentpak - April 20, 2021 0
Ansar Ali's from serving plates at LUMS to Holding Degree at SZABIST, with a little support from...