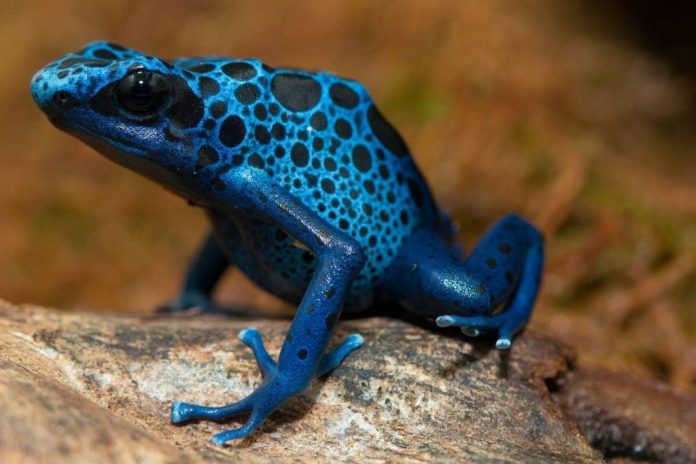 Research venomous animals in world are small colored frogs called poison spear frog (from the family Dendrobatidae) Live in the rainforests of central and south America. Only one frog of this type has enough venom to kill 10 adults.

Interestingly, these frogs are not Poisonous to the world; Rather, they obtain their toxic chemicals by eating insects and other arthropods. Now, the question arises: if the venom is so deadly, why don’t the frogs die when they eat it?

Phil Abdul Rahman Ali is a researcher at the cardiovascular Research Institute of the University of California, San Francisco and the author of a new study published in the journal of General Physiology. He has studied the Phenomenon and said that the ability of frogs to avoid self-poisoning has long confused scientists.

Researchers in the new article, the poisonous frog in the genus Phyllobates they studied the use of a toxin call batracotoxin. This toxin works by disrupting the transport of sodium ions into and out of cells, which is one of the most Physiological functions in the body.

Currentpak - October 2, 2021 0
Deep beneath the ground in one of the world's poorest counties sits at least $1 Trillion of...